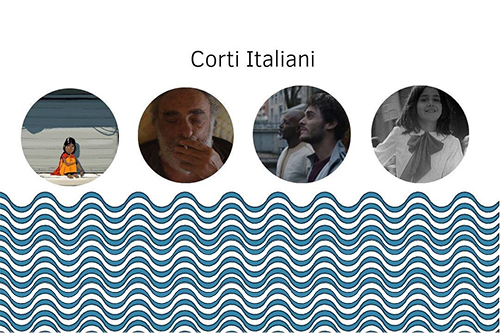 From the 14th to the 18th of September 2021 the third edition of the ELBA FILM FESTIVAL took place in Marciana Marina.

EFF is an international event founded by Nora Jaenecke and Beniamino Brogi that brings a rich selection of international short films to the Island of Elba.

For the first time this year, the programme included the "CineDì Section" curated by Mara Martinoli: a sort of evolution of the "CineDì - Italienisches Kino an Dienstag" festival, whose first edition took place in 2019 in Berlin.

This special event, hosted by CinemAperivo, aims to connect again these two realities, bringing to Berlin the selection of Italian short films already presented in Marciana.

"ONLY A CHILD" by Simone Giampaolo and 23 Swiss Animators, 6 minutes - Animation, Drama

All films are in Italian with English subtitles.

After the screening, "aperitivo" and Q&A (Onlin) with directors Valentina Casadei and Maria Iovine.