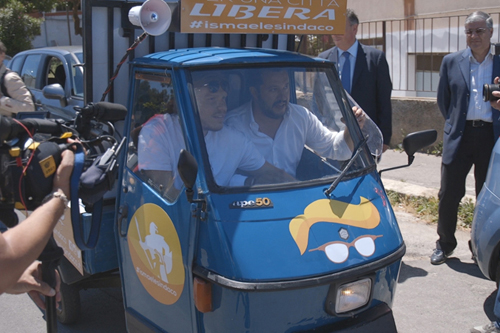 What happens when a 23-year-old kid runs for mayor in one of the biggest cities of Southern Italy and records his entire campaign with a hidden camera? In 2017, Ismaele La Vardera, a 22-year-old Sicilian journalist, candidate for Mayor in the Sicilian city of Palermo, had been supported by Matteo Salvini one of the prominent politicians in nowadays Italy. With a hidden camera he recorded every moment of his adventure, collecting private conversations with national political leaders, fixers, local influencers, even the more obscure ones. All the thrilling campaign and the video tapes have been put together in this documentary.