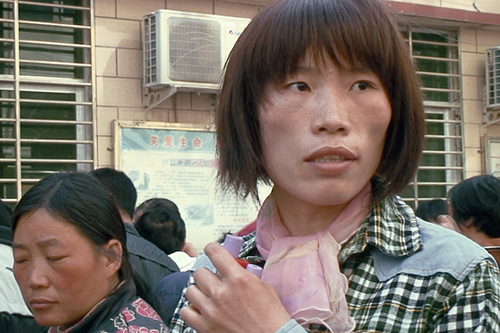 Stay Home Liu Ximei received an HIV-contaminated blood transfusion after a childhood accident. She is one of hundreds of thousands of AIDS sufferers in China who contracted the virus from an officially promoted plasma market. Despite the combined challenges of living with AIDS and poverty, Ximei’s zest for life and innate sense of injustice drive her obstinate petitioning of the authorities responsible for her illness for access to affordable treatment. (OmeU)

Ximei Getting Married When Liu Ximei, the AIDS activist who was the subject of Ai Weiwei’s 2013 documentary Stay Home, gets engaged, her marriage becomes symbolic of those living with a terminal illness striving to live fulfilling lives despite their diagnosis. (OmeU)