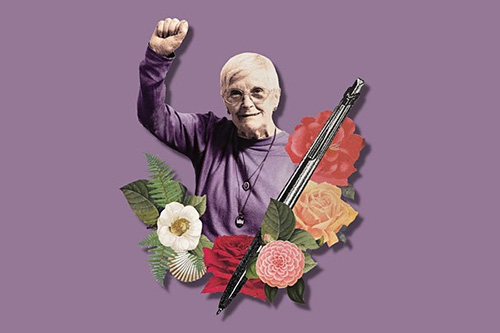 This is the portrait of a fascinating woman: the poet, activist, feminist, nationalist and revolutionary Luz Fandiño.

At the age of 88, she is one of the living voices of Galician emigration, from where she returned poor but with a deep awareness of her identity, language and gender. Luz is a living testimony to the harshest realities of the twentieth century. Because she was a woman, because she was poor, because she was roja (left-wing). This movie is part of the Mestre Mateo Galician Film Series and is organized by the Galician Audiovisual Academy in collaboration with the cultural association De Berlín Son.