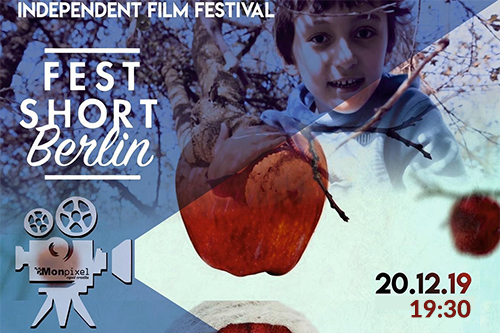 Baron Potowski, vampire of good composition, expropriated from his vault of the Montparnasse cemetery is forced to live in HLM, among the living. This strange neighbor who has a hard time getting accepted, sinks into loneliness until he meets young Sarah...

This is the story of Tamara, forced to make a choice that leads her to leave her homeland and to immigrate. By abandoning a loved one. In France, to win her life, she works as a dancer in a Latino club. Whose boss watches Tamara closely. Outside of her working hours, she finds joy with a faithful companion, her only friend. But one tragic event will force Tamara to flee, again, and to make new choice...

OLMA DJON tells the mystical journey of BOLOT, a desperate father who, despite his efforts, doesn’t succeed in communicating with his 7 years old daughter SHOLPAN, who refuses to speak, as a result of communication problems in their family. He is desperate when a Shaman Woman comes to help. Seduced by her gentle lullaby singing, he goes over the fence of his own yard. He finds himself in a snowy apple tree orchard, his secret garden, frozen for so many years. Following the singing shamanic voice, BOLOT crosses his own unconsciousness. He meets his ancestors who give him “Bata”, Kazakh benediction, and finally, his Mother who is waiting for him under the Apple Tree. She sings for him the lullaby of his childhood. This reconciliation gives him the capacity to communicate to his Daugher - Love.