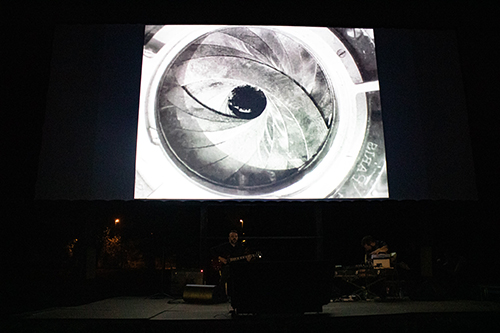 Despite its undisputed reputation, this silent cinema classic has never been shown with the music that Vertov himself had imagined for the movie and that was performed only during its first screening.

Stefano Pilia e Paolo Spaccamonti, after their experience with C.T:

Dreyer’s Once upon a time and more recently with Erich Von Stroheim’s masterwork Greed (both produced by Torino’s Museo Nazionale del Cinema) team up again on stage, only this time as a duo, in order to give voice and sound to one of the last expressions of soviet cinema’s avant-garde. 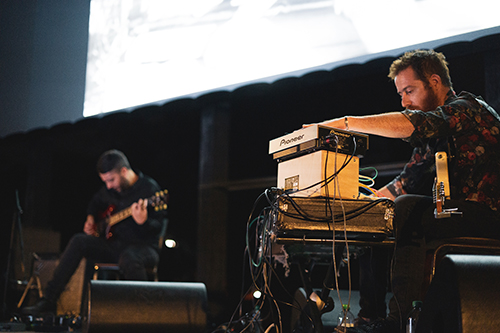 Stefano Pilia is a guitar player and composer born in Genoa and based in Bologna. His work has become progressively concerned with researching the sculptural properties of sound as well as sound’s relationship with space, memory and the suspension of time. Pilia explores these points of focus through instrumental practice and investigations into the recording and production process.

He is one of the founding members (alongside Valerio Tricoli and Claudio Rocchetti) of the seminal group 3/4HadBeenEliminated, a project that synthesises improvisational, electro-acoustical and avant-rock sensibilities.

Pilia predominantly plays as a soloist though collaborates extensively. Though his multifaceted practice has also led to an active involvement in a host of other wide-ranging projects.

Since 2010 Pilia has been a member of psychedelic quartet In Zaire and has been a focal contributor to the BGP trio, alongside David Grubbs and Andrea Belfi. Additionally, since 2009, Pilia has been a member of il Sogno del Marinaio, a trio made up of legendary Minutemen bassist Mike Watt (Minutemen) and the prolific drummer Paolo Mongardi. As well as these myriad projects, Pilia is lead guitarist for celebrated Malian singer Rokia Traorè (since 2012) and for the longstanding cult Italian band Afterhours (since 2015). 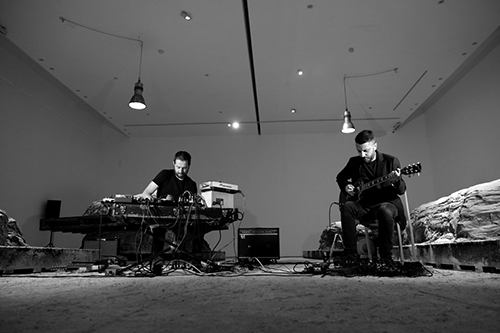 Paolo Spaccamonti is a Turin-based guitarist and composer. His discography is already extremely rich, made up by solo albums (the most recent is 2019’s Volume quattro) and collaborative works with some of the best artists around, both italian and international: Jochen Arbeit (Einsturzende Neubaten, Stefano Pilia, Roberto “Tax” Farano (Negazione).