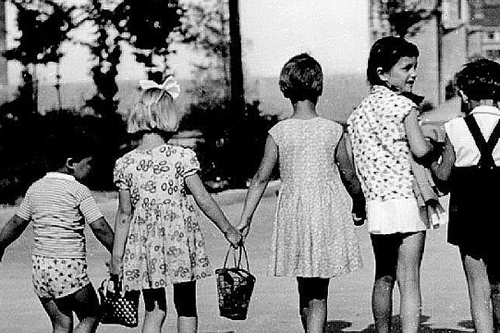 When the Primorska region was annexed to Yugoslavía, the town of Gorica (Gorizia) remained in Italy. In 1948, a new Gorizia began to be built on the Yugoslav side. The town in a meadow, on a swamp, on an abandoned cemetery by an old brickyard has stood for long years like a skeleton in the middle of an empty space alongside an immensely wide street, which led nowhere. People who were moving to the town from half over the country soon discovered that they found themselves in the ‘Wild West’ and that they would have to build Nova Gorica themselves. This documentary video essay tells the story of the origin of the town and asks questions about its identity and vision in a time when the border, which led to its creation, is losing its significance.