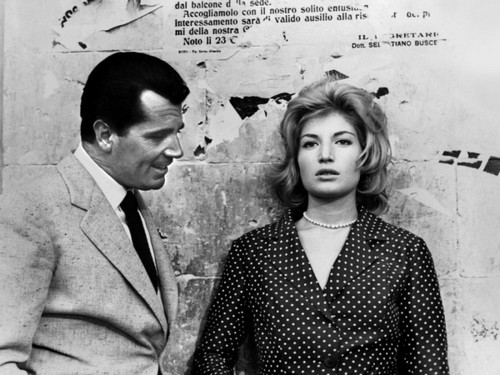 Developed from a story by Antonioni, the film is about a young woman's disappearance during a boating trip in the Mediterranean. Her lover and her best friend, during the subsequent search for her, become attracted to each other.

The film is noted for its careful pacing, which puts a focus on visual composition and character development, as well as for its unusual narrative structure. According to an Antonioni obituary, the film "systematically subverted the filmic codes, practices and structures in currency at its time." Filmed on location in Rome, the Aeolian Islands, and Sicily in 1959 under difficult financial and physical conditions, L'Avventura made Monica Vitti an international star. The film was awarded the Jury Prize at the 1960 Cannes Film Festival. L'Avventura is the first film of a trilogy by Antonioni, followed by La Notte (1961) and L'Eclisse (1962). (wikipedia)