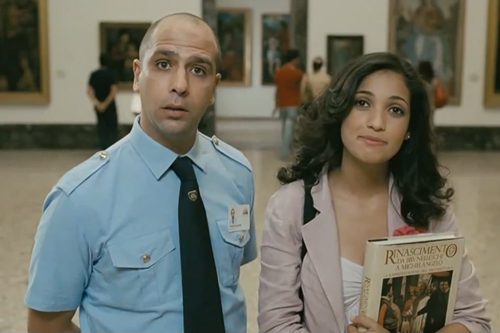 Checco, an uneducated but self-satisfied fellow from Milan, who has always dreamed of becoming a police officer, fails his entrance exam for the third time. It must be said that at the oral examination Checco said that the reason why he wanted to join the police was benefits in kind and cronyism! But the young man has connections and he soon finds himself a security agent at the Milan Cathedral. Of course the bumbling idiot proves a living catastrophe! Spotted by Sufien, an Arab terrorist who is preparing an attack against the cathedral, Checco appears as the perfect sucker. To manipulate him, he sends his charming sister Farah to him, with the mission to seduce him...