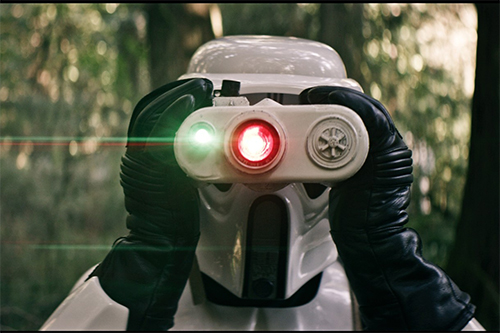 A low-life drug dealer tries to turn his life around, but finds himself at the mercy of fate when he encounters a cop with an agenda of his own.

A squad of storm troopers are transporting a POW with valuable information from Yavin 4, but getting off planet will test their mettle.

35 years ago the first historic Ghostbusters squad saved the world from the terrible Gozer the Gozerian. From that moment onwards the New York franchise developed and established itself around the planet. Italy, 2018. The Ghostbusters have become a public institutions just like the firefighters, they are divided into different units around the country and are always ready for some action.

Peta Parker tries to balance her everyday life as a student and the one as a newly recruited Avenger.

Even being in time for her school courses is a challenge now. And suddenly, out of nowhere, Doctor Strange appears and is asking for help. But what are the consequences when Peta just disappears from her school life?

Valin Horn is the Galaxy's only maker of artisanal lightsabers. This is his story.