Why Are We Creative? Q&A with Director 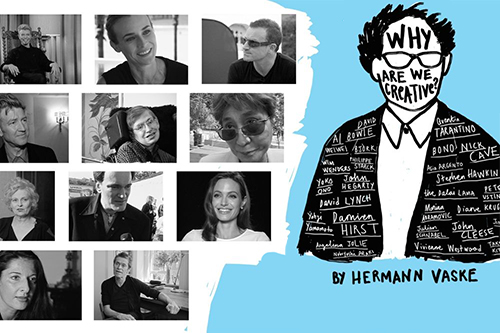 As part of a personal quest, for over 30 years director Herman Vaske filmed the world's most intriguing artists and thinkers, including over 50 luminaries, among them Academy Award and Nobel Prize winners, from the fields of visual art, music, acting, philosophy, politics, business and science, posing the question:

“Why are you creative?”

Why are we creative?

Is it in our blood? Do we do it to make ourselves immortal? Is it a reckless compulsion? Or do we simply do it to make a buck? The answers Vaske received are as varied and intriguing as his respondents.

WHY ARE WE CREATIVE? is a vibrant celebration of what makes us most human, most fulfilled.