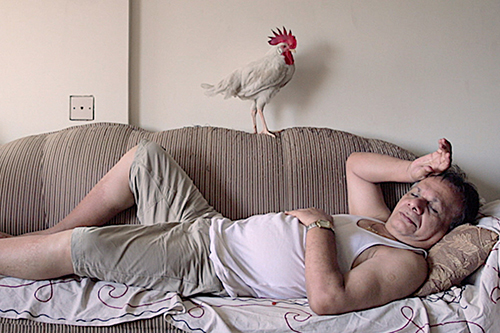 Truth: Stranger than Fiction Facts aren’t always facts, and “alternative facts” don't always lie. In a world where “truth” is carefully curated, filtered, and viewed through the lens of social media, often the only difference between truth and fiction lies in the perspective through which one views the world.

Documentary films offer a fascinating peephole into a particular reality, at a certain time of a certain person's life. Whether in the form of an expository, a poem, an essay, an observational piece, whether it's dramatized, animated, or based on interviews, documentary films all have a message to send. How can we make a difference in the world?

Documentary films are not just an avenue through which we can observe real life; they also serve to inform, educate, and critique. They are valuable creations in a day and age where media is increasingly curated and so much more homogenous.

That is why Doc/Berlin welcomes all of the above forms of documentary film-making, and even more so, those that transcend boundaries to move fluidly between one and more styles. Ours is a new annual film festival featuring work from around the world by up and coming artists, showcasing innovative independent cinema with all selected films inviting viewers to learn and ponder. To inspire, motivate, and award new talent, the Doc/Berlin film festival will take place at the historic Babylon Berlin Cinema, currently the venue for the Berlin International Film Festival (Berlinale).

The Babylon is a cinema in the Mitte neighborhood of Berlin and part of a listed building complex at Rosa-Luxemburg-Platz opposite to the Volksbühne.

The building was erected 1928/29 according to plans of architect Hans Poelzig, which is regarded as typical of its construction period, Neue Sachlichkeit. As a celebration of the cinematic and visual arts, the festival will bring diverse international films to our community and showcase the best regional and international filmmakers.