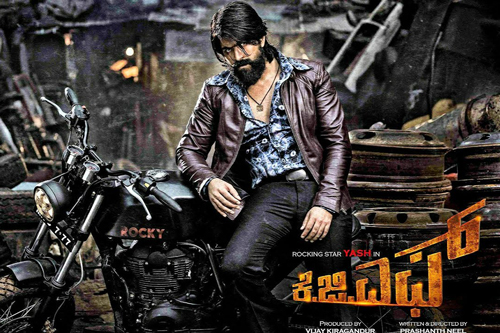 A period drama narrates the 17000-year-old history of oppressed waging wars against their oppressors. Set in the early 80s, KGF - the first chapter centers the protagonist who leads a battle against oppressors.

K.G.F: Chapter 1 is an upcoming Indian Kannada-language action-period drama set in the Kolar Gold Fields. It was written and directed by Prashanth Neeland produced by Vijay Kiragandur under the banner Hombale films. It is the first installment in the two-part series, followed by K.G.F: Chapter 2. The film stars Yash and Srinidhi Shetty in the lead roles.