The Truth: Lost at Sea 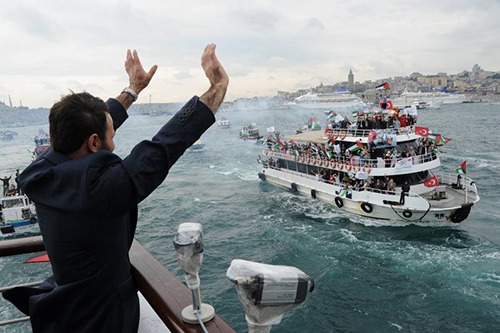 In 2010, global activists launched the Freedom Flotilla, a convoy of humanitarian ships, to highlight the suffering of Palestinians in illegally-blockaded Gaza, and break this blockade. Israel attacked the Flotilla in international waters, killing & wounding dozens & imprisoning hundreds of international participants. This historic event transformed into a battle for the hearts & minds of the world.

Shot from aboard the flotilla, directed & narrated by one of its survivors & following up on media coverage, the film reveals the attack, and how the dead activists and their comrades defending the vessels were portrayed. The film shows the life-changing voyage preparations and launch, utilizing numerous sources, and analysing claims of Israeli officials. These claims are juxtaposed with the survivors’ statements, including some never-before-seen footage from aboard the vessels. The film reveals what really happened and how it was spun in traditional and online media outlets.

"The Truth: Lost at Sea" Trailer: