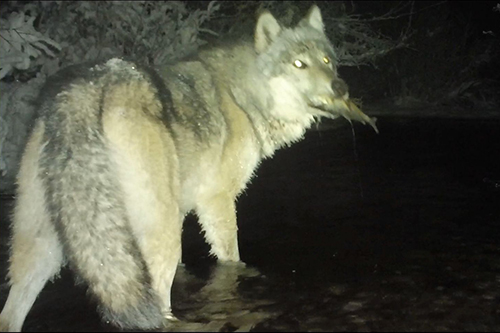 Memory Trap tells the story of the Forty-Mile caribou herd in Northern Yukon. From half a million in the 1920s the herd was decimated to about seven thousand by the 1970s. Memory Trap follows the herd for a year through the remote wilderness of Northern Yukon and Alaska. The film tells how traditional knowledge and science saved the herd from near extinction.

Memory Trap: The Herd That Wouldn't Disappear from Available Light On-Demand on Vimeo.

Otter Eye is an in-depth musing on the life, habits and survival of the river otter that inhabits rivers and lakes throughout Yukon. - Q and A afterwards with curator, Yukon-based filmmaker / composer Daniel Janke