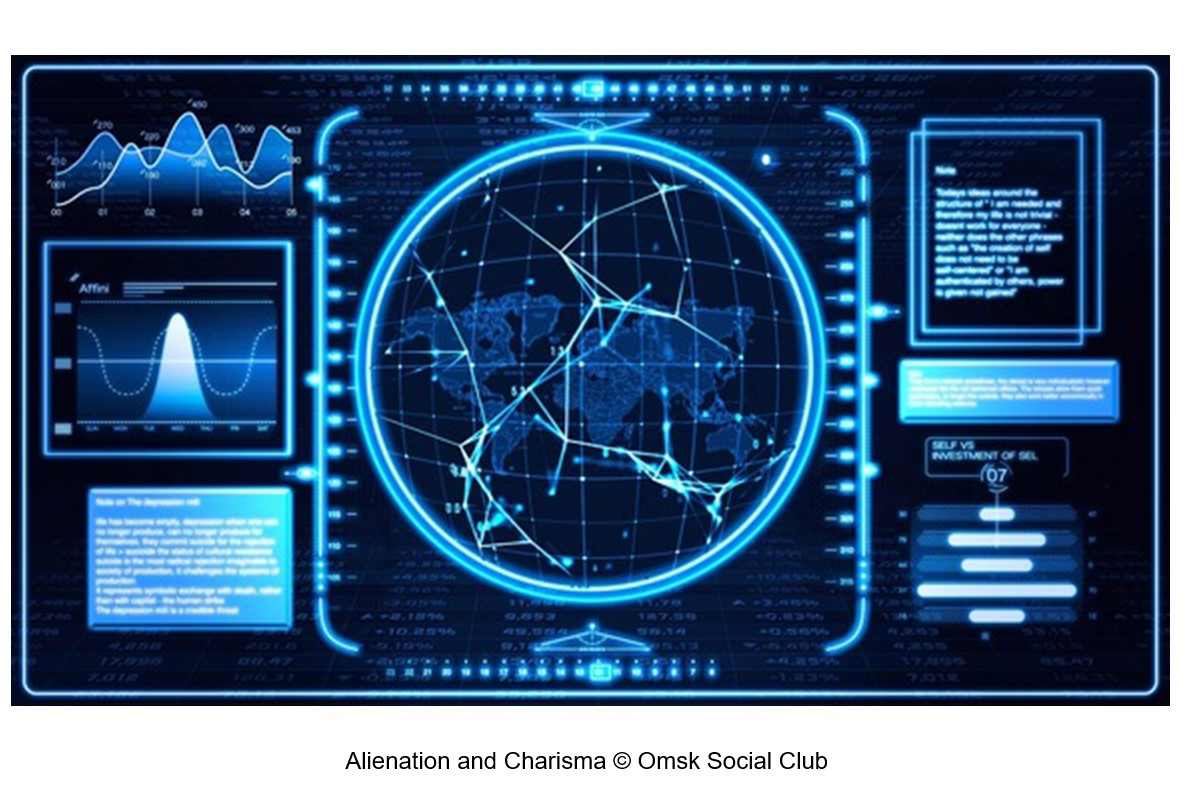 Videoart at Midnight is pleased to present an event in cooperation with the GameChanger Project:

PLEASE BE ON TIME. We do not have long advertisements...

18:00-18:45 film screening hosted by Videoart at Midnight at BABYLON

19:00-19:45 film screening hosted by Videoart at Midnight at BABYLON

On Wednesday, December 7th, Omsk Social Club presents “Alienation and Charisma”, a new short film based on a Real Game Play developed in the frame of their GameChanger residency. The film will be screened in cooperation with Videoart at Midnight at Babylon Berlin, and framed by an exhibition at /rosa Gallery.

In the frame of their two-month residency period for GameChanger, Omsk Social Club explored the soft underbelly of collective order, consensus and legitimacy through a Real Game Play set in a satirical possible near future scenario. Springboarding off the book “Alienation and Charisma: A Study of Contemporary American Communes” by Benjamin Zablocki, they dove into the manner in which alienation and charisma are generative in the emergence of collectivity.