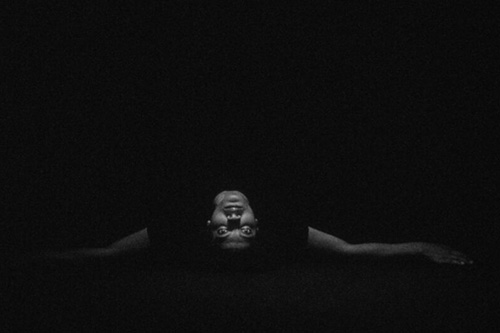 On the occasion of his solo exhibition “Gods Moving in Places. The Day Reader” at ifa-Galerie Berlin (25.03. – 12.06.2022), we welcome Mathieu Kleyebe Abonnenc presenting a very particular selection of his filmic works.

Mathieu Kleyebe Abonnenc deals with colonial history and decolonization in his works. In his research-based artistic practice, moments of political upheaval such as the independence movements in many parts of the African continent in the 1960s play a special role. For the artist, they mark the beginning of a complex relationship between the quest for independence and the construction of a new identity, reflected in the texts, images, and films of the period. Abonnenc takes this politically and culturally charged material as a starting point, traces its meaning and shifts in meaning and thus tells stories away from dominant narratives.

Mathieu Kleyebe Abonnenc’s works revolve around the interplay of history, forgetting and reinterpretation. In doing so, the artist particularly questions the supposedly scientific objectivity in encounters with colonial artefacts, for example by emphasizing the subjective dimension of ethnographic research.

Limbé, 2021, 16mm film transferred to 2K, 10 min
The film Limbé takes its inspiration and its title from a poem by the Guyanese poet Léon Gontran-Damas, creator with of the négritude movement with Aimée Césaire, Léopold Sedard-Senghor and Paulette and Jeanne Nardal. This Creole expression, which is a way of activating the limbos through language, evokes a great sadness, a deep melancholy. Continuing his collaboration with the dancer and choreographer Betty Tchomanga, Abonnenc attempts to give form to this state, while echoing the reflections of the Guyanese poet Wilson Harris, for whom the Limbo dance would be a way of evoking, through its contortions, the gestures that the slaves had to invent to survive the crossing of the Atlantic from the bottom of the slaveship.
« Limbo was born, it is said, on the slaves ships of the Middle Passage. There was so little space that the slaves contorted themselves into human spiders. »

Secteur IX B, 2015, HD film, 42 min
Secteur IX B, is a fictional film addressing political issues as well as scientific and artistic narratives whose echoes still inform national and international relations today. A young french anthropologist – interpreted by Betty Tchomanga – is researching the memory of the Dakar-Djibouti Mission. Between the IFAN museum in Dakar and the Musée de l’Homme in Paris, the young woman puts herself to the test in order to get as close as possible to what she would like to achieve : the accuracy of scientific discourse. The travel diary of this mission written by Michel Leiris, Ghost Africa – which, in addition to bearing witness to one of the most ambitious collections of objects on the African continent, marks a break in the way of apprehending the human sciences by adopting an unprecedented freedom of writing, moving away from the objective voice implied by such an exercise in statecraft – becomes the researcher’s obsession. Betty thus tries to find a way to designate a state of relations between peoples through the fate of objects and archives.

In this film there is the same multiplicity as in Leiris’ diary. In order to make the complexity of the work of memory perceptible, it lingers on the emotions, gestures, unconsciousness and demons of the principal character, as well as on the space of a museum, the representation of a collection of objects, the weight of heritage, the daily life of an African city…