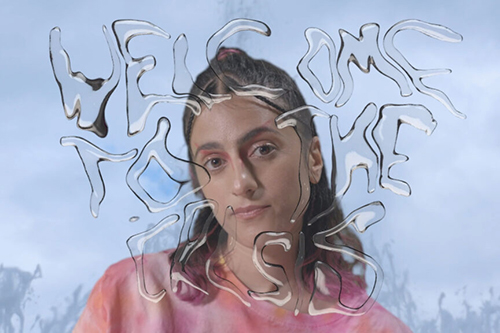 After a long break, we are thrilled to revive Videoart at Midnight with a summer special – a renewed cooperation with BPA// Berlin program for artists.

Founded in 2016 by artists Angela Bulloch, Simon Denny, and Willem de Rooij, BPA connects Berlin-based artists beyond the academy and across cultures and generations. Each year BPA’s mentors select ten of Berlin’s most promising young artists to join the program for two years. Participation is free of charge, and includes a grant to produce new work. Urban Berlin is BPA’s headquarters: twice a month mentors travel across town to visit participants in their studios for concentrated peer-to-peer discussions. At the end of the day, they open their own studios for group discussions with participants. The method developed by BPA is non-hierarchical and unique both in Berlin and Germany. Its nomadic structure makes BPA more than just an independent program: it is also a vector to connect existing spaces in the city with BPA’s network of artists, curators and writers.

The VAM summer special program is curated by Tang Han, one of the 2021 BPA fellows:

Jana Schulz – Golden Boys (Iğdır, Maravilla, Monterey Park), 2018, 17:33 min
The long takes in Jana Schulz’s Golden Boys provide glimpses into the everyday lives and largely unproductive routines of young men from different social spheres. The camera followes the youths during mundane activities such as personal hygiene, hanging about, playing with their smartphones, doing sport or watching television. The film‘s title is derived from the company name Golden Boy Production, an American agency for boxing fights which hires young boxers and organises tournaments. Jana Schulz is interested in this subcultural milieu with its strict body norms, construction of male honour and group-specific rituals. Beyond the centre of social attention, special rules and codes determine the inclusion in a social world of it‘s own. Schulz‘s film focuses on the peripheral showplaces beyond the boxing ring, where the boys‘ identities continue to be defined by their connection with the group.
The artist approaches her protagonists with sensitivity and oscillates between closeness and distance as she provides an insight into a social milieu which is unknown to a large part of society. Soft focus takes, focus changes and the lack of distinct beginnings and endings to the excerpts place the film somewhere between documentary and fiction. – Juliane Bischoff

Shirin Sabahi – Dissent / Chapter 7, 2021, 7:00 min
(With music by Moritz von Oswald Trio feat. Laurel Halo & Heinrich Köbberling)
A day in the life of poplar seeds. A poplar down flake falls from a tree. Something clicks and instead of riding the wind to germinate its kind, it strolls around, crossing paths with humans and other species, growing in mass and experience. Conceived as a music video for Moritz von Oswald Trio, the immersive sonic expression and constantly shifting rhythm accentuate the procreation of urban plant life, out in the open.

Shirin Sabahi is an artist working with and around moving images. Her projects often cast objects and places as protagonists. Recent exhibitions and screenings include Beirut Art Center, Centro Botin in Santander, Bétonsalon in Paris, Edith-Russ-Haus in Oldenburg, Jameel Arts Centre in Dubai, and Savvy Contemporary in Berlin.

Nnenna Onuoha – Lagos, Lagos, 2018, 22:12 min
Across the Atlantic from each other, two coastal cities share the same name: over 600 years, the voices of voyagers who have journeyed between them, testify to an unequal history of movement between Nigeria and Portugal, Africa and Europe and its resonances to date. Lagos, Lagos is a short, experimental, documentary travelogue that follows six journeys made between the homonymous cities of “Lagos” in Portugal and Nigeria, from the fifteenth century, to date, including characters such as Gomes Eannes de Azurara (a 15th century chronicler of the “Age of Discovery” ), Samuel Cudjoe (a present-day barber, who stowed away on a ship to Portugal in the ’90s) and the filmmaker herself.

Nnenna Onuoha is a Ghanaian-Nigerian researcher, filmmaker and artist based in Berlin, Germany. Her films and videos centre Afrodiasporic voices to explore monumental silences surrounding the histories and afterlives of colonialism across West Africa, Europe and the US, asking: how do we remember, which pasts do we choose to perform and why?  A second strand of her work focuses on archiving Black experience in the present to chronicle how, amidst all this, we practice care and repair for ourselves and each other. Nnenna is currently a doctoral researcher in Anthropology with Critical Media Practice at Harvard University. She is also a 2021 Dekoloniale Berlin Resident.

D.N.A. // Dina El Kaisy Friemuth, Neda Sanai, Anita Beikpour
– Welcome to the crisis, 2020, 3:34 min; Fluid organisms, 2020, 3:00 min
Centring on another perspective – a shift from a Western-centric Anthropocene worldview to one grounded in ecosystems – is of utmost importance in D.N.A.’s practice. In framing the world as one in crisis, they begin with the fact that humans are all bodies of water and bodies of resistance. This body of work calls for coexistence with nature’s systems, while resisting the power structures that try to control and extract value from our ecosystems. – Brenna Horrox

D.N.A. brings FCNN’s members Anita Beikpour and Dina El Kaisy Friemuth together with artist and music producer Neda Sanai. Since its inception in 2016, FCNN – Feminist Collective With No Name has compiled a variety of initiatives such as FCNNNEWS, Another Dinner Ruined and co-founded The Union – cultural workers union for BIPoC. Since joining with Neda Sanai in 2020, they have started a new project ‘hydrocapsules.love’, which functions as an eco-feminist organism of different collaborations and conversations about a socio-ecological time and space in crisis.

Mooni Perry is a Korean artist living and working in Berlin and Seoul. In the last few years, she explores the discourses of Veganism/Human-Animal Studies, (Asian) Feminism and the intersectionality of them and how to address things not with solid voice or language rather through presenting fragmented elements. At the end of 2021, she will launch an online platform AFSAR (Asian Feminist Studio for Art and Research) with curator Hanwen Zhang funded by Stiftungkunstfonds, Germany and Art Council Korea. By calling the other artists, researchers, activists, she expects to formulate a massive but loosely connected archive of valuable practices and researches all around the world. She received her MA from the Royal College of Art, London (2016). She was awarded the Ars Viva prize (2021) and will exhibit at Brücke Museum, Berlin (2021) and Kai Art Center Tallinn (2022). She will also have a solo show at CR collective, Seoul (2021) and Kumho Museum, Seoul (2022).