CinemAperitivo: Il tigre [The Tiger and the Pussycat] 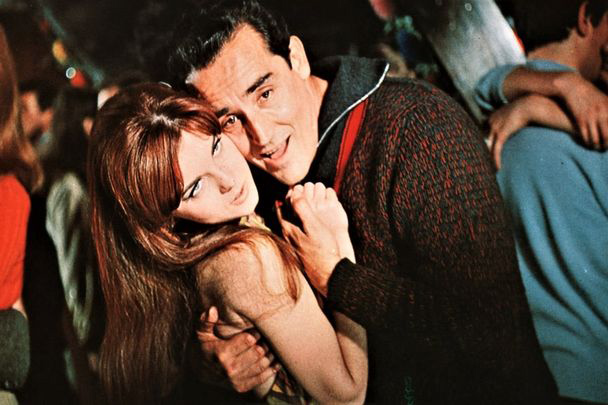 Engineer Francesco Vincenzini is a forty-five-year-old, happily married man, the general manager of a large company who happily, at least up to that point, returns home to take care of his daughter in a "miniskirt" and his "long-haired" son or to lie lazily beside his faithful wife.

But the marriage of his daughter Luisella, the birth of a grandson, and his son's singsong jokes indicate to Mr. Vincenzini the approach of old age. Just as he is feeling nostalgia for youth, a student, the emancipated Carolina, makes him the object of persistent amorous persecution. After resisting the first assaults, the engineer eventually capitulates by becoming the girl's lover.

The new experience disrupts his entire life and causes him to neglect the company and his family.

While his son is very open about his father's weaknesses, his wife, advised by a friend, pretends not to notice anything, waiting for catharsis. In fact, just as Carolina becomes more and more demanding to the point of imposing a separation from the household and an escape to Paris, Mr. Vincenzini rediscovers himself--at least materially, because he re-enters the house, albeit while continuing to dream of a three-way dance.