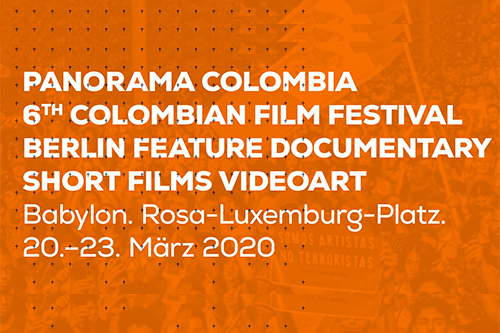 The families of Narciso and José Antonio coexist peacefully in the same field in the middle of gossip and comparisons. However, the innocent arrival of a charismatic goat will detonate the historical differences between these two families.

Pedro is a bird who grew up in a birdcage. When he was one year old he had a dream of an owl, who adviced him: you just have to should grow to breakout the bird cage. Pedro woke up and said: “I'll stuff myself with grain and then I won´t be a midget anymore!”. He starts to fill out the whole cage, he pushes it and breaks it up. Pedro made his dream come true and he became the hero of little Bird Village.

Diego lives with his father in a house without things, without furniture, without anything. One day he finds a chair deep in the woods and desire of possession arises.

In 2017, My dad decides to leave the hospital where he was held in the city of Medellín. After leaving the hospital he returns to his home in Remedios, Antioquia. A week later my father dies, and I started to make this documentary to understand his departure.

A bored man without a north visit an impromptu dance academy, where he meets his instructor in which he finds, against all odds, an ally to combat his sadness.