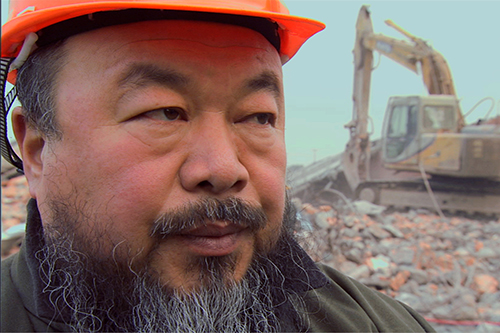 The district government of Jiading, Shanghai, invites Ai Weiwei to build a studio in Malu township. After the studio’s construction, the Shanghai local government declares it an illegal building and marks it for demolition. To commemorate the newly built studio, Ai invites netizens for a ‘River Crab Feast’ to be held at the premises, with the police responding by placing him under house arrest in Beijing. Over 800 supporters attend in Ai’s absence. On January 11, 2011, without prior notice, Ai Weiwei’s Shanghai studio is demolished.