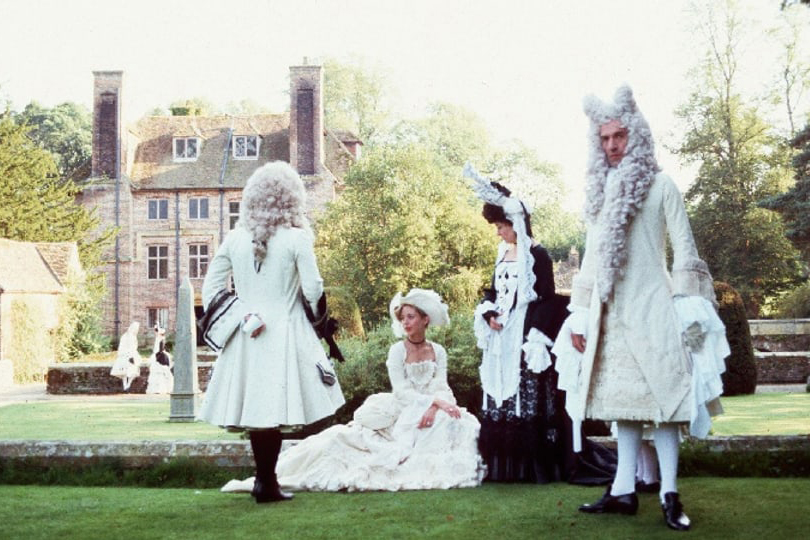 In rural Wiltshire at the end of the 17th century, Mrs Herbert hires artist Mr Neville to produce a series of drawings of her country house as a gift for her inattentive husband, to be carried out while he is away on business.

Their contract requires Mrs Herberts sexual compliance to the draughtsman, an arrangement that she begins to question as his sexual advances become increasingly aggressive.

With Michael Nymans Purcell-inspired score permeating throughout and visuals influenced by Caravaggio, Vermeer and Rembrandt, The Draughtsmans Contract is a work of cinematic art unlike anything seen before, now beautifully remastered by the BFI National Archive.