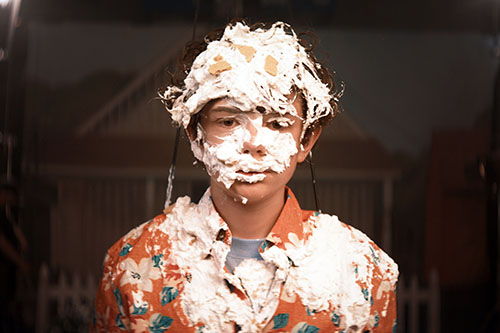 Berlin Film Society is excited to present the German premiere of HONEY BOY (2019), on the big screen for one night only! HONEY BOY is director Alma Har'el's narrative feature debut which won the Special Jury Prize at Sundance this year. While in rehab, actor Shia LaBeouf started writing a screenplay based on his stormy and traumatic experiences as a child actor living with his alcoholic father. After sending the notes to his longtime friend Alma Har'el, the script was then turned into a semi-autobiographical film, starring the young and talented Noah Jupe and featuring Lucas Hedges and FKA Twigs, while LaBeouf took the therapeutic role of playing his own father. The result is an honest, captivating story that portrays a young, troubled artist in the making.

“Somewhere between a primal scream, a self-acceptance and even a forgiveness of sorts, this is an utterly unique bit of autobiography. Brave, bold, and a little batshit.” –Empire “A cinematic act of courage…riveting drama, always existing as a personal, meta piece for a man openly and artistically dealing with his past while also being a study of child stardom, addiction, and abuse.” –RogerEbert.com