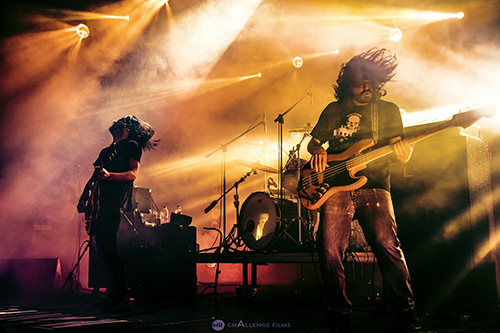 Premiere of the documentary movie Greek Rock Revolution, followed by the live performance of 1000mods and an after party by the Du Beast's Dj.  Price: 18€

Berlin The film had its world premiere in March at Thessaloniki Film Festival and ever since it has won 7 awards at international film festivals.

“It’s more than a music documentary, of course. This is a study in human nature and the triumph of artistic expression in even the most dire of circumstances.” - Billy Goate (Doomed & Stoned)