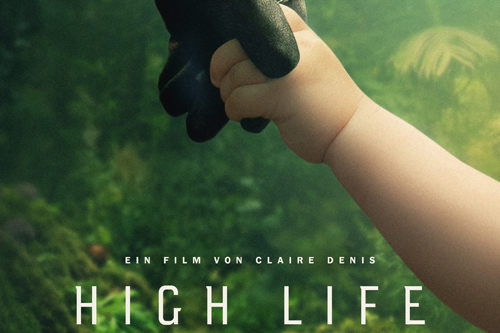 High Life | A Claire Denis Film
In deep space, beyond our solar system, the astronaut Monte (Robert Pattinson) and his infant daughter Willow live together aboard a spacecraft. He was in a group of death-row inmates who got the chance to go on a space mission from which they knew they would never return. The crew— led by a doctor (Juliette Binoche) with sinister motives—has vanished. As the mystery of what happened onboard the ship is unraveled, father and daughter must rely on each other to survive as they hurtle toward the oblivion of a black hole.

Claire Denis
Whether she’s examining the ramifications of colonialism, familial tensions, or the poetics of sensuality and desire, Claire Denis has consistently released defiant, fearless, and controversial films since 1988. The French auteur has been hailed as one of cinema’s great modern talents, and her illustrious career consists of over a dozen feature films, a handful of shorts, and three documentaries. Her first English language film High Life received near unanimous praise since its world premiere at the Toronto International Film Festival.