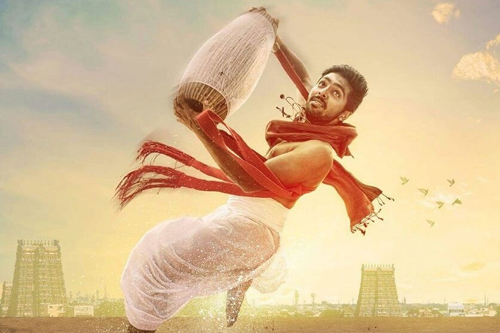 Sarvam Thaala Mayam (English: Music is Omnipresent) is a Tamil-language musical drama film written and directed by Rajiv Menon. The film is released as "Madras Beats" in some English-speaking territories. The film stars G. V. Prakash Kumar and Aparna Balamurali in the lead roles, with a supporting cast including Nedumudi Venu, Vineeth, Santha Dhananjayan and Kumaravel. The film features music composed by A. R. Rahman and cinematography by Ravi Yadav.