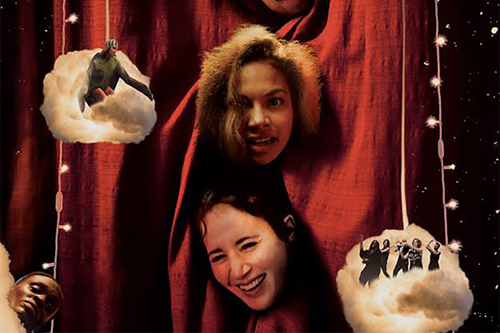 Madeline is a lonely teenager who is part of a professional acting ensemble creating an experimental theater performance about the Three Little Pigs using improvisation. She enjoys the company of the other actors and their director Evangeline, and dreads having to go home to her mother Regina who doesn't understand Madeline and often starts arguments. One day at rehearsal, Madeline confesses to Evangeline that she had a dream in which she placed a hot iron on her mother. Evangeline is really struck by this dream, and she decides to have the performers recreate the dream in an improv exercise.

She gradually makes Madeline's life the central focus of the theater performance they are devising. During a promotional photoshoot, Evangeline asks Regina to actually pose in the photo with Madeline. One rehearsal ends early, so Madeline goes to Evangeline's house for a birthday party, where she shows off her acting skills to the uncomfortable guests and hits on Evangeline's husband. Regina discovers that Madeline's prescription for an unspecified mental illness has run out, and she struggles to get it quickly refilled. She tells Madeline that she should take a break from acting for a bit.