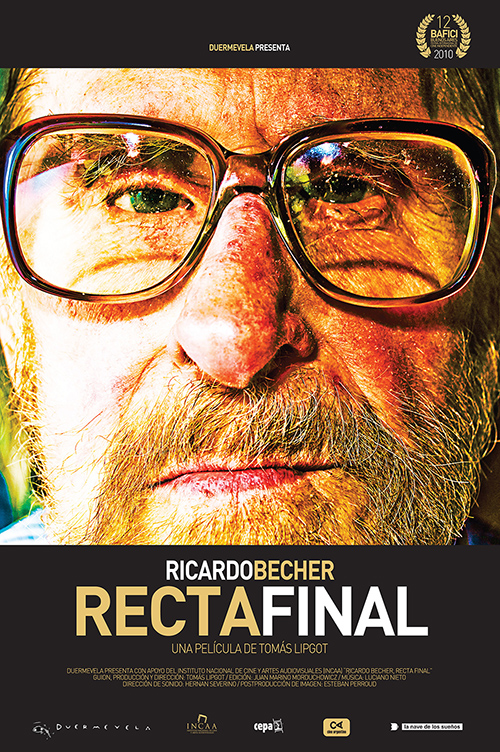 Filmmaker, writer and professor Ricardo Becher likes extreme decisions, both in his life and his work. Now, with 80 years old, and living in a retirement home, he decides not to perform any dialysis or biopsies to the only kidney he has left, which according to his doctor is starting to show signs of deterioration. Becher not only decides to keep the course of things unmodified, he also starts writing a book about his experience in the nursing home called Final Stage. Lipgot records the filmmaker’s present days and also revises his life, from his first short films, his collaboration with Torre Nilsson, and the essential Coup de Grâce (1969) –a censored film that defied its time– to the new movement Becher founded togeth¬er with his students: digital neo-expressionism. Becher’s present is marked by his new relationship with his partner –dancer José Campitelli– and his meetings with friends, colleagues, and students; and this documentary, which avoids any funerary vision and celebrates the vitality, validity and heritage of a rebellious and liberating figure